A trip to Porto and the Douro Valley 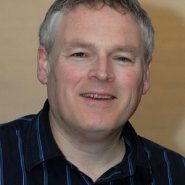 A trip to Porto and the Douro Valley

As thoughts turn to Christmas, Mike Maloney visited Porto and the Douro Valley region to meet the people behind that most quintessential festive drink, Port and sample some other fine wines and food too.

JOAO Leite Moreira is 92 and a little unsteady on his feet.

However, the man who modernised the Quinta Seara d’Ordens wine estate in the heart of the Douro Valley is not one to rest on his laurels.

Each day aided by his wife, Rosa he inspects the vineyards to ensure all is well and no doubt keep his three sons, who now run the business, on their toes.

For here in the oldest demarcated wine region in the world, quality wine is everything.

Port has been popular on our shores ever since England boycotted French wine in the late 17th Century, due to ongoing conflict, and turned its attention to Portugal.

While the great British port houses of Sandeman and Croft are still prevalent in the region, many locally-owned estates are punching well above their weight, producing fine ports, an array of top notch wines, including the crisp Vinho Verde.

After landing in Porto, following a smooth flight with TAP Air Portugal, we drove straight to Vinho Verde country to the border town of Moncao.

We soon learnt Vinho Verde (green wine) had nothing to do with colour but is so named because the grapes are harvested early and the wine drunk young, perfect for a summer’s day.

Moncao also boasts the neo-classical Palacio de Brejoeira, which has a fascinating history, including playing host to dictators Salazar and Franco, who hailed from just over the border in Galicia, Spain, in 1950.

Whether, they discussed the local tipple is unrecorded but for a more insightful appreciation the town wine museum Museu Alvarinho is worth a tour – free entrance and tasting.

After sampling the delights of Vinho Verde, we headed south through lush, rolling hills to the Lima Valley.

Here, at the Quinta do Ameal Pedro Araujo has been producing high-end white wines from the Loureiro grape since 1990.

Pedro was charm personified and his vineyard tour included a fine lunch and wine tasting.

The vineyard was stunning with boutique-style accommodation for guests, a swimming pool, beautiful gardens and a sense of serenity throughout.

We would have gladly stayed longer but our next stop was the picturesque city of Amarante.

It features a beautiful bridge and impressive church the Igreja de Sao Goncalo, which has an attraction for women looking to leave the single market … maybe before the UK.

Legend has it if you touch the effigy of the local saint San Gonzalo, you will soon find your match.

The single ladies in our party took advantage of the tradition while myself and male colleague admired the gold-laden altarpiece.

For the sweet-toothed inside experiences, offers a food tasting tour which included making the city’s oldest pastries and eating traditional and more modern, funky fayre in a couple of the city’s eateries.

Our friendly guides, who have just set up the city’s  first tour company, were great fun and our culinary efforts just about passed muster.

Suitably full we headed for our base for the Douro wine region, the delightful Vila Gale Collection Douro Hotel, with its stunning views of the river Regua and vineyards.

From here we set off on a 4×4 tour of the Douro Valley after stopping off at the aforementioned Sr Moreira’s wine estate to sample some exquisite wine and port.

The Douro Valley has to be seen to be believed.

The view of the river as we carved our way through mountain roads was breathtaking and we were able to take in the view close up as drove on the road once voted the most beautiful in the world from Peso de Regua to Pinhao as we cut through the heart of this picture postcard valley.

The Douro is where port is cultivated before it is transferred to Porto for storage.

Luckily, we arrived just in time for the September harvest and were able to “tread the grapes” at Croft’s flagship estate Quinta da Roeda in Pinhao.

Who needs a wine press when you can merrily stomp barefoot in a pit of grapes?

Not only was it great fun but we were relieved to hear it’s perfectly clean as the acid, sugar and alcohol defeats any human infection.

After all that effort, we were obviously in need of yet more fine wine and quality food, so we headed to the majestic Six Senses Douro Valleyhotel.

By now it was no surprise to learn the Portuguese consume the most wine per head in the world.

After a wine-tasting masterclass we sat out on the terrace to eat some exquisite food – all freshly prepared and delicately balanced.

The puff barley with mushroom and truffles was sensational – all the courses were top-notch.

Our final day saw a whistle-stop tour of Porto, including the beautiful LELLO bookshop, whose staircase inspired then English teacher JK Rowling for the Hogwarts library in Harry Potter.

Porto is a bustling, thriving city and well worth a weekend on its own.

Our final destination before flying home was aptly one of the major British port houses in the city ...Sandeman.

Here a guide dressed as the brand’s Zorro-like figure led us around the long corridors in the cellars before we enjoyed a fabulous meal at Sandeman’s George Terrace restaurant, accompanied by yet more fantastic  wine, with a great view of the Douro river and city.

Sandeman is the port which has received the most awards worldwide and it was easy to see why as we enjoyed our final glass.

By the end of our tour I had a decent understanding of the difference between ruby, white, vintage and tawny port and an appreciation of the region’s quality wine.

Next time you’re in the supermarket look out for a crisp Vinho Verde, a more complex regional wine from the Douro Valley or maybe try a different type of port.

You’ll be in for a treat and as Sr Moreira would testify, they’ve all been prepared with loving care and attention.

TAP Air Portugal has 20 weekly departures from London City and Gatwick to Porto. Prices start at £46 one way including all taxes and surcharges. For further information, visit www.flytap.com or call 0345 601 0932.